We are taking every precaution possible to keep our customers and staff healthy and safe. Learn more. 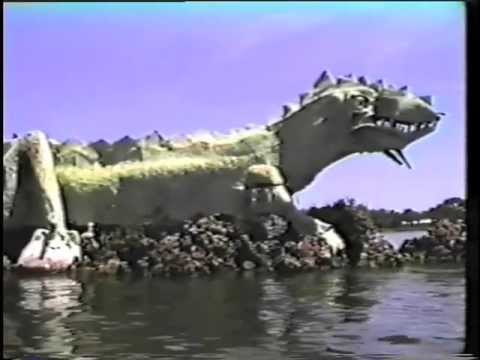 One of the two local treasures that Quality Comfort would like to highlight, and draw your attention to this week is the magical splendor formerly known as Dragon Point in Merritt Island. Although seemingly permanently closed now (be sure to stick around for the end of this blog post and the great news therein), the Merritt Island Dragon, also remembered as the Merritt Island River Dragon was a Brevard County staple and attraction for several decades. Loved and adored by adults and children alike, it was constructed in 1971 by a local Florida artist, Lewis VanDercar as well as, then property owner Aynn Christal. This recently constructed dragon once perched, regally poised to one day slip into the Indian River upon which it sat, watching, guarding.

Then the year 1981 would see a new property owner, Warren McFadden, take up the creative mantle and continue construction. Under his guidance, the dragon would have a tail added, as well as extensive extensions to elongate the neck of the great mythical beast. Fred and Wilma would also soon join the Dragon Point family (two cave people created to adorn the dragon). Finally, he would also add four baby dragon hatchlings. The names of the four new little baby additions were Joy, Sunshine, Charity, and Freedom.

The Merritt Island River Dragon, who was known locally and affectionately as "Annie" (and who could occasionally breathe fire on special occasions) stood as a popular tourist destination and landmark until storms finally ravaged her structure in 2002. The resulting vandalism that occurred afterward also contributed to the once-mighty dragon decline and ultimate slaying and disappearance. 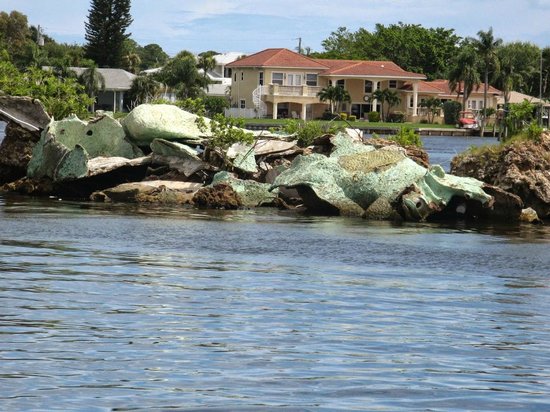 However, all is not lost, and hope still remains, as it was announced in April of 2015, that a brand new dragon would soon be built. It seems Annie had a fifth hatchling who remained separated and hidden away from the other four, and the rest of the world. This fifth baby dragon, "Rojak" will soon proudly take the esteemed place Annie once held on the water's edge and bring Dragon Point back to its former glory and namesake. So be sure and keep posted on updates as to the progress, and once Rojak finally does take his rightful place upon the waters of Dragon Point, get out there and visit this awesome blending of past and present history